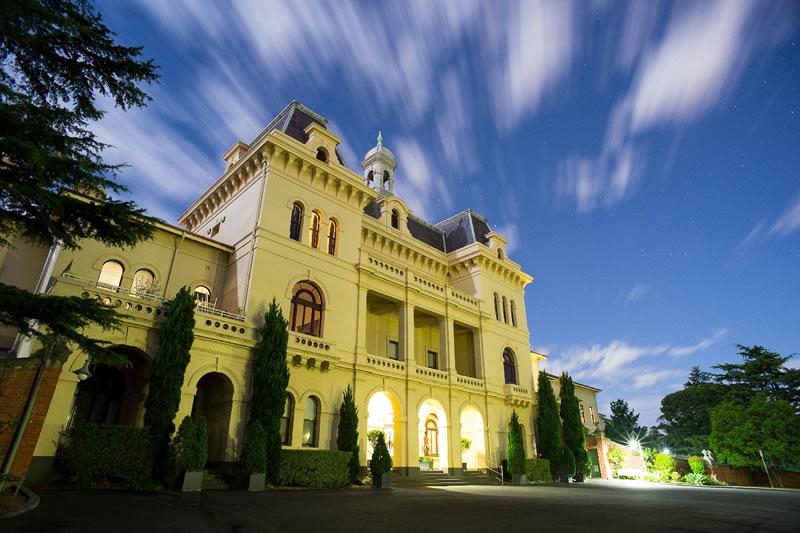 In partnership with Open House Melbourne, the former lunatic asylum, Willsmere, in Kew will open its doors for a day of special tours.

Having been a part of the Open House Melbourne July Weekend program in previous years, the residents of Willsmere, are excited to offer a number of special tours in March 2018.

Established in 1870, Willsmere is a rare and mostly intact 19th-century former lunatic asylum, and an architectural marvel of Melbourne.

Spread over 25 acres above Yarra Bend Park, and at one time forming the highest constructed point in Melbourne, the Italianate and French Second Empire buildings were designed with the aim of portraying Melbourne as a civilised and benevolent city. The design included innovative ‘ha-ha’ walls that retained views without the feeling of being enclosed.

In 1993, Willsmere was converted to private residences with the addition of townhouses, however, it retains a heritage listing. The central administration block comprises a three-storey building with attic Mansard roof and cupola, with two double-storey wings extending to each side which include four-storey Mansard roofed towers, and courtyards lined with iron columned verandas.

Unfortunately, this event has booked out, no more tickets are available.

Our programming exists on what always was and always will be the land of the people of the Kulin nation. We pay our respects to Elders past, present and emerging, as well as to all Aboriginal and Torres Strait Islander people in the wider Melbourne community and beyond. Indigenous sovereignty has never been ceded in Australia and we try to be mindful of this in everything we do, given our focus on the modern built environment.

You can save your itinerary for later by entering your email address and a password below. Then you can log in using other computers or devices like your smartphone, to access My Itinerary on the go.

STAY IN THE LOOP